If you’ve ever worked in an area for a long time, there’s a slight chance you’ve wondered “what if?” What if you changed roles, locations, directions of your career, especially if changes have occurred in your personal life? No matter what profession you’re in, sometimes it doesn’t hurt to try something new. With the way the world is changing in terms of technology and opportunities, it’s always good to have an open mind to new work ventures.

One of our experienced pharmacists – Tom – felt this way after 38 years in pharmacy management. The industry was changing, and he felt the need to try something new. He even received his wife’s stamp of approval, as she always knew he liked to try new things. He started traveling in 2008, then eventually connected with one of our Soliant pharmacy recruiters, Lara, who he’s currently working with. From the moment he started traveling, he had a feeling this was something he was eventually meant for.

Originally from Charleston, West Virginia, Tom has been fortunate to travel to multiple states for his pharmacy positions, including several different cities in Virginia and Maryland. We asked Tom some questions about his experience and what he recommends to other pharmacy travelers.

Where was your favorite travel assignment?

Tom especially enjoyed his time in Bel Air, Maryland for quite a long time – 4.5 years! He loved this area since he was able to explore a lot of the Chesapeake Bay. There’s a lot of history in that area, and you may be able to see a few American bald eagles! The fresh oysters and crabs are not too shabby in Maryland, either. Maryland was perfect for him, since Tom has always been interested in outdoor activities like hiking, bicycling, and fishing. He made an impression on the city, too, as the hotel suite he stayed in while working in Bel Air was eventually named after him (his last name is currently on the Suite door)! 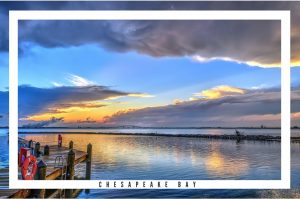 Any exciting/fun stories from the places you’ve worked?

Most of Tom’s traveling assignments were in nature-filled areas, including mountainous regions of Virginia. As most people know, mountains house tons of animals, including bears. It was pretty likely that he would see at least one bear during his stay in Hot Springs, VA. One day, he was standing in the backyard of his rental, enjoying the mountain springs, when a black nose came up under his hands. His (and probably most people’s) first thought was that it was a bear! Surprisingly enough, it was his neighbor’s playful black Labrador instead, just popping in to say hello.

This is not to say Tom hasn’t seen bears from afar in the mountain. He saw one pop up behind a dumpster (in the mountains, all residents are asked to save their trash and deposit it into community dumpsters close to the roads to be collected to keep safe from wild animals). Thankfully, this bear was only interested in the trash it had already found instead of Tom!

These close encounters are some of the beauties of traveling to areas where Tom has and still works. He recommends the mountains of Virginia and the shores of Maryland to anyone who loves to hike, bike, and fish! 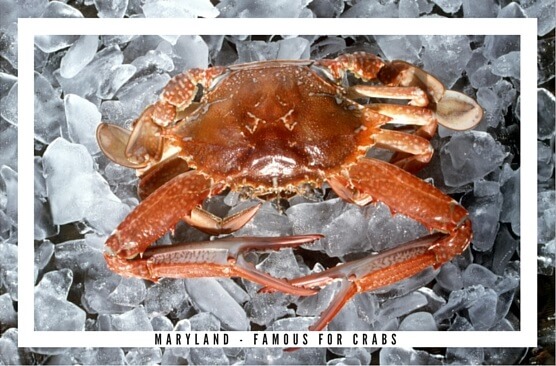 How has working as a travel pharmacist for Soliant Health changed your life?

Even though he’s only traveled with 2 companies, it’s been a long road of positive results. Tom “can’t think of a better organization to work for.” Responsiveness, sensitivity to needs, and handling the facilities for housing are some of the things that are important to Tom and were fully met by Soliant. Tom says, “the best thing is, while I’m doing my job, there are no other pressures.”  He doesn’t have to worry about administrative parts of his employment, since it’s all taken care of by the Soliant team. All he is accountable for is doing his job well. If all is going well in his role at work, it’s wonderful to go to his [temporary] home at night and not have to worry about anything else. He enjoys working with the Soliant team so much that he emphasized that it’s more like a friendship than anything else.

What is your advice for other pharmacists who are interested in traveling?

Tom’s advice is simple – think about it from the perspective of the facilities who are partnering with Soliant. He says, “these facilities are in a severe need and if you [as a pharmacist] have empathy for them, you go in with a mindset that is not one of ‘somebody owes me for helping them out’ but that you are helping an organization in a desperate situation. Being able to make them know that you have quality expertise in the job is a very quality factor for an employer during the search which relieves a great deal of problems [for them]. Think about it from a perspective of ‘what can I do to make your life easier during this transition?'”

Since Tom has experience on both ends, being an employer and employee, he knows the pain facilities feel when they’re in immediate need of an experienced, dependable pharmacist. This is why he has the mindset of helping the employer and patients rather than expecting abundant praise and a star treatment from an employer. Tom believes traveling is beneficial for pharmacists in that they can gain expertise in different areas of pharmacy, learn new and more efficient ways of doing things by working with new people, and have the ability to explore new areas of the country.

Interested in a transition or just looking to travel? Check out our latest travel pharmacy opportunities here.